The book Breaking the Mould: The Role of Scenarios in Shaping South Africa's Future is the product of the SA Node's Scenario Learning Project. The book, authored by Prof Nick Segal, was launched at our Futures Conference this month and was distributed to all conference delegates.

State of the Future 2007 report now on sale in South Africa! Click here for ordering info.

Build-up towards November's premier International Futures Conference in SA. The programme is filling out with exciting content. We welcome you to register today for this significant oppotunity to listen, speak, interact, and innovate!

State of the Future 2007 report of the Millennium Project released. "The 2007 State of the Future report offers well-researched evidence of global trends and challenges that are shaping the agenda of the United Nations" - Hans Blix, President, WFUNA, and Former Director-General, IAEA. UN Secretary-General, Ban Ki-moon recognizes that the report "is an informative publication that gives invaluable insights into the future for the United Nations, it Member States, and civil society". As always, the report will be made available in South Africa via the SA Node from September. An email broadcast will be sent around to announce the local release - drop us an email if you would like to reserve your copy. Participants in the MP Delphi Survey will also be alerted regarding their complementary copies. 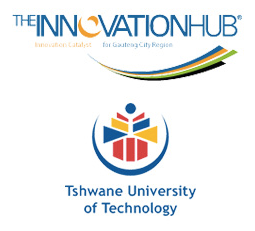 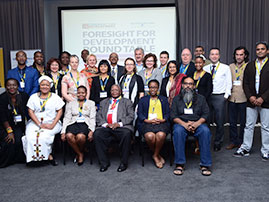 The Foresight for Development (FFD) initiative is being piloted in Africa by the South Africa Node of the Millennium Project with support from the Rockerfeller Foundation.

The story of South Africa’s transition in 1994 to a non-racial democracy has been told many times, principally from the perspective of the political forces for change.

Futures Research Methodology Version 3.0 is the largest, most comprehensive collection of internationally peer-reviewed handbook on methods and tools to explore future possibilities ever assembled in one resource.

The SA Node intends to find ways to explore regional perspectives on the 15 Global Challenges for Humanity which have been developed through the Millennium Project.